THE JEWEL IN THE CROWN

Today it is Ruby who will be getting all the accolades as without her the Blog would have been totally lost in a time warp.
Ruby had spent a major part of her life in Journalism and with the help of one or a few contacts with local journalists and media was able to feed me information, not OFF the press but that had not even got so far as being typeset!  The Blog was the place to go for much advance information that Ruby  was able to glean from friends and relatives.  It was passed to me and I could get it onto the Blog immediately.  With the local rag only being produced on a Thursday the Blog was the place to go for current news.  Little did the informers know that they were assisting in the ultimate demise of their own paper.   Ruby and I would be regularly in touch whether she was in Liverpool or at home and we also had the occasional meal together, especially when there was some really exciting news.   Ruby was also not averse to producing the odd snippet of information about different people that I was able to make use of in my relentless attacks.   She had plenty of contacts, and not all in high places.
If Ruby had one fault it was her apparent interest in alcohol, but having been there myself, I quite understood her dilema.   I will always be grateful to Ruby as without her input the Blog would never have achieved the reputation it did. 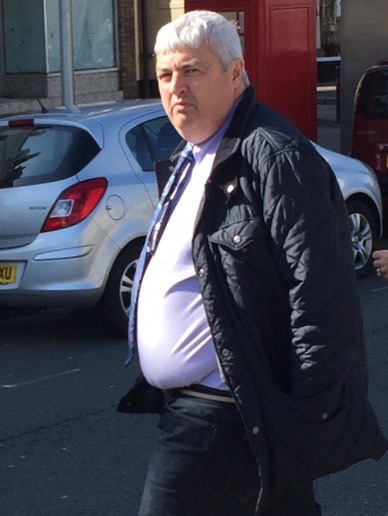 Or is it someone else?